NextEra Energy announced that it is the counterparty to a major supply agreement that was announced by JinkoSolar in January. The companies amended the agreement this month, and JinkoSolar will supply NextEra Energy with up to 2,750 megawatts of high-efficiency solar modules — roughly 7 million solar panels — over approximately four years. In conjunction with this agreement, JinkoSolar is opening its first U.S. factory in Jacksonville, Florida, which is expected to create more than 200 direct jobs in Florida and support hundreds of additional local jobs in shipping and other related industries. 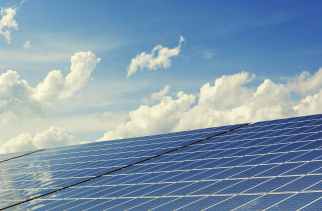 “This is a major win for Jacksonville and the community. JinkoSolar’s presence enhances our reputation as a manufacturing city, and I am eager to see the company contribute to the vibrant economy in Jacksonville.” said Jacksonville Mayor Lenny Curry.

With advantages that include a low-cost, pro-business environment, a strong record of economic development and job growth and one of the largest solar expansions in the country, Florida edged out several other states that competed for the multimillion-dollar investment.

This new deal will hopefully save a lot of valuable energy resources, and have another reason to put Jacksonville on the map.”